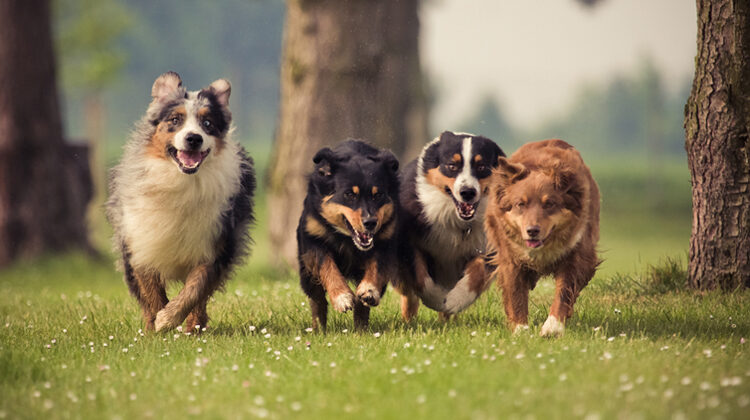 Anyone that has ever lived with an excitable, unruly, and disobedient dog will tell you that such an animal can make life unbearable for everyone who comes into contact with it. Such a dog will not only leave you emotionally drained; it can also destroy property and relationships with visitors and neighbors.

It’s essential to start by noting that looking after an animal is a responsibility that requires dedication. Just like you would never expect your kids to learn what is right or wrong without your guidance, you wouldn’t expect your dog to be well behaved without proper training.

Like humans, every dog is born with not much knowledge of what is acceptable in terms of behavior. Therefore, dogs need to be trained to prevent them from exhibiting irritating (jumping on people or begging for food), dangerous (being aggressive to other animals or people), or costly habits (chewing things). But why do dogs misbehave in the first place?

In an article published by the American Kennel Club, an organization that advocates for responsible dog ownership and advancement of dog sports, Stephanie J. Smith lists some reasons dogs misbehave:

Some other reasons that lead to destructive behaviors include genetic problems, constant change of environment, and negative socialization.

Below are some common dog behavior issues and the best way to treat them. It’s essential to start by providing a word of caution when dealing with dog behavior issues. Punishment, which is mostly associated with pain, is usually discouraged in favor of positive reinforcement, which incentives desirable behavior.

One way that dogs, especially young ones, learn about their environment is chewing. For younger dogs, this could help release pain when new teeth are growing. Older dogs chew to make their jaws stronger. However, chewing could also result from boredom, frustration, or hunger.

Excessive chewing can result in a dog munching everything it comes across, including clothes on the washing line, shoes left at the door, and vehicle rubber and plastic parts.

The first point to start when you want to deal with excessive chewing is to ensure that your dog has something to chew when it wants to chew. Supermarkets, pet shops, and vet offices have a wide array of toys you can buy for your dogs. You could also find edible things that the dog can chew, like rawhide bones, pig ears, or bully sticks.

Another way to curb excessive chewing is to ensure that the dog gets enough attention and exercise. Identify when the dog usually wants to chew and use that time for exercise or a walk.

While you are still training your dog, keep things like doormats, shoes, and dirty clothes out of the dog’s reach. Otherwise, you can discourage the dog by showing your disapproval when it starts chewing something that it shouldn’t be. However, it’s vital to replace whatever the dog is chewing with something that it must chew.

Biting and nipping (biting softly and playfully) are natural behaviors that dogs use to explore their environment. Puppies also nip as they try to gain the attention of humans or other dogs. Other reasons include fear, pain, or illness. However, constant biting and nipping should be stopped before a dog grows into an adult.

To deal with a dog that exhibits biting and nipping behavior, the website of the American Society for the Prevention of Cruelty to Animals (ASPCA), Aspca.org, advises that you need to let your dog know that it should not bite you hard. You do this by “immediately [giving] a high-pitched yelp, as if you’re hurt, and [letting] your hand go limp” to startle the dog to stop. Praise the dog when it stops.

Another effective way of stopping a dog from mouthing, nipping, and play biting is using the time out procedure. This training method involves walking away from the dog and withdrawing attention when the dog has exhibited unwanted behavior. However, this procedure needs to be used with care because it can worsen behavior issues if a dog is already anxious.

Separation anxiety is a situation where your dog exhibits different signs of distress when left alone. The condition affects both puppies and older dogs.

Common signs of separation anxiety include misbehaving about 30 to 45 minutes after being left alone, crying outrageously and causing havoc when left alone, barking, and attempting to leave the house in your absence. It could also manifest by showing excessive excitement when you return. 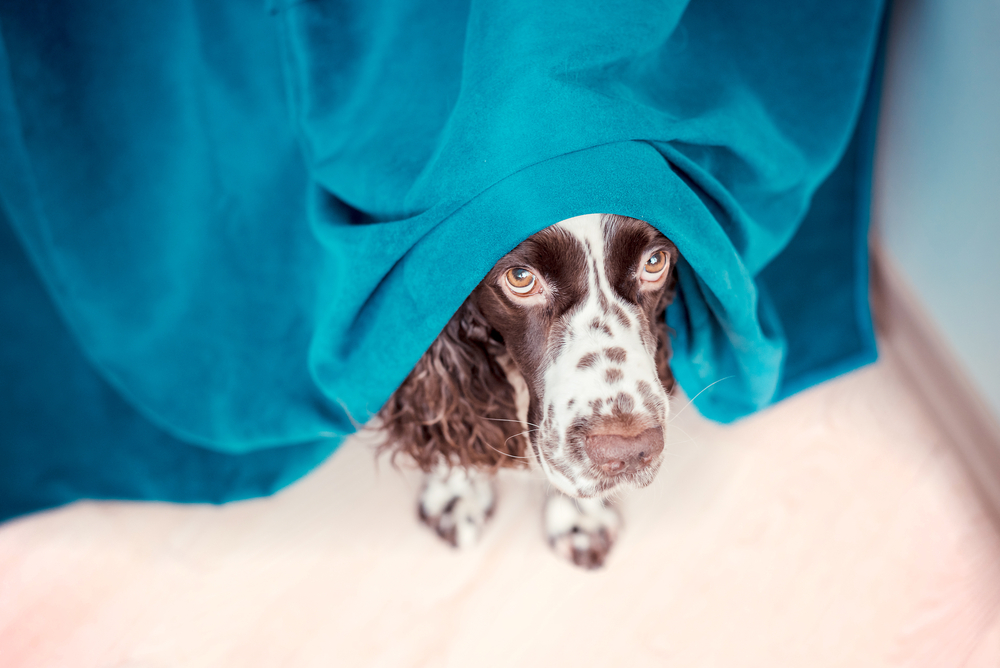 The ASPCA advises that in mild separation anxiety, counterconditioning can be used to treat separation anxiety. It is done by offering something pleasant, like a puzzle toy filled with goodies, to your dog before your departure. This conditions the dog’s mind to associate your absence with good things.

Another method of easing separation anxiety is to confuse the dog not to associate specific actions with your departure. For instance, the ASPCA advises that if a dog associates your departure with wearing shoes and picking up your keys, you can do these actions and still not leave the house. Or, you could leave the house for a short period and come back so that the dog gradually gets used to the fact that you will come back at some point when you leave.

All dogs make sounds to communicate, although in different forms. They howl, whine, or bark. When your dog barks, it conveys various messages. For instance, a bark could warn that the dog is anxious, bored, excited, or merely responding to other dogs. However, barking can also be excessive and irritate anyone within earshot.

To stop excessive barking, you need to start by knowing the reason behind your dog’s excessive barking. Sometimes it’s easy to do this as you can see the object or situations that result in your dog barking excessively. In other instances, the reasons are not so apparent and require the help of a veterinarian.

To stop your dog from barking excessively, you must train the dog to know when to bark and be quiet. Thus, you need to call your dog by its name when it’s barking excessively and tell it to stop. If it stops, give the dog a treat and a pat on the back to show that you approve of the behavior.

Keep in mind also that an exhausted dog will not have much energy to bark. Therefore, ensuring enough exercise for your dog is an excellent way to reduce excessive barking.

Should You Use an Anti-Bark Collar?

An anti-bark collar is sometimes used to discourage a dog from excessive barking. It dispenses a foul spray or slight electric shock as a way to caution the dog. However, if you consider that barking can be used to communicate, such a collar will punish a dog for all barks it makes, even the right ones. 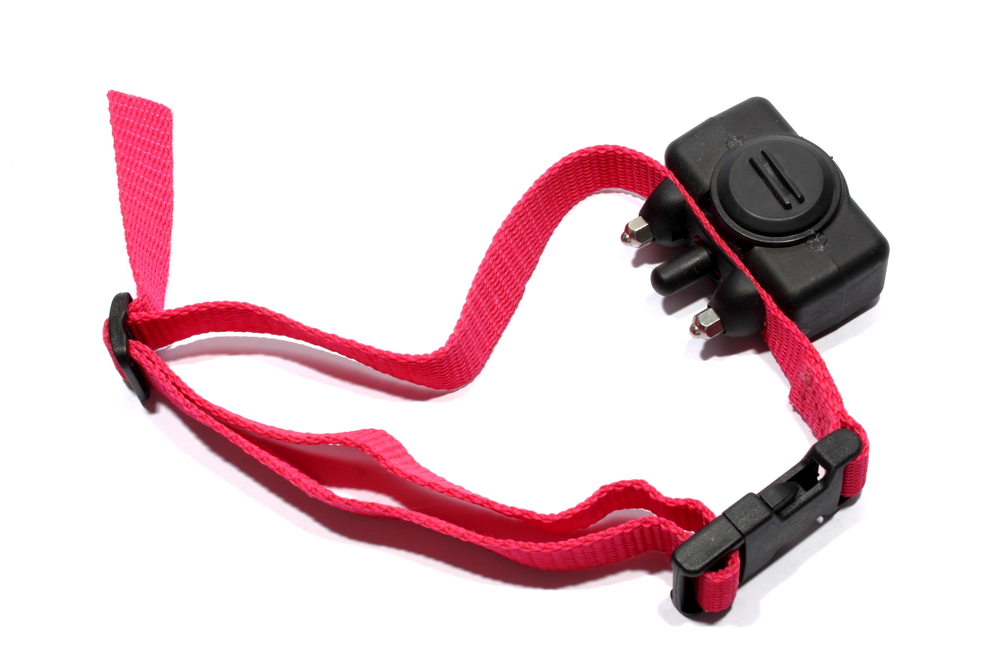 Using devices like anti-bark collars is a matter of great controversy. Some animal rights organizations perceived such devices as being inhuman because they inflict pain, and the devices do not usually deal with the reason the dog is barking in the first place. So, you’ll need to consider the disadvantages of such devices before you use them.

According to the ASPCA, aggression is the most popular and severe bad habit exhibited by dogs. Although it’s a means through which both humans and animals guard their territory, the behavior should be regulated.

Aggression in dogs can be described as harmful attacks against victims. It starts slowly from a change in body posture, strange facial expressions, barking, and finally, biting. Dogs display aggression by showing teeth, growling, and making threatening barks.

The MSD Veterinary Manual reports that aroused dogs also show aggression when denied access to their opposite sex. Puppies generally tend to play aggressively while exploring their environment.

To treat aggression in your dog, you need to know situations that make it aggressive and, if possible, avoid them. Positive reinforcement helps dogs stay accustomed to good behavior in anticipation of a treat. Discourage the dog whenever it shows aggressive behavior and reward it when it stops.

Jumping up is a natural behavior for dogs, especially puppies. They jump to greet, seek attention, show excitement, or reach for objects in your hand. Even though you may not be opposed to your dog jumping on you, guests could find this behavior upsetting. Dogs that jump on people can also make people afraid or dirty.

The best way to control jumping dogs is to ignore them. Repeatedly tell the dog to sit until it complies. Giving a reward and praising your dog when it complies is likely to encourage it to stop the behavior in the long run.

A practical example of dealing with this behavior could involve inviting a friend to knock on the door. Instruct your dog to sit, and when it does, open the door. If it keeps sitting, appreciate it with a treat. When this is done repeatedly, your dog will observe the pattern and get the message.

Begging is a bad habit that is tough to cure but easy to prevent. Surprisingly, some dog owners encourage begging without realizing what they are doing. If you give the dog attention when you are eating or keep throwing bits of food at it, you are encouraging it to beg. It’s important to take steps to stop begging behaviors as soon as they start.

The American Kennel Club provides some tips on how to get rid of begging behaviors:

It’s vital to ensure that the dog has something to do while you dine. Also, kindly ask guests and kids not to give the dog food when it begs or during meals.

Whenever they have the opportunity, dogs tend to dig. It’s part of their hunting instincts. Generally, digging is a normal dog behavior. However, it can get excessive, and dogs could end up digging paving and opening holes underneath the fence from which they can escape.

When digging becomes excessive, then you may need to consult a professional to determine the reason. Otherwise, you will need to ensure that your dog gets appropriate exercise not to have too much excess energy.

If possible, you can create a spot in your yard where you put sand, and the dogs can dig all they want. Always direct the dogs to the spot when you see them wanting to dig.

A dog that urinates or defecates in inappropriate places is a pet owner’s worst nightmare. This bad habit can leave your home dirty and unattractive. This behavior is inevitable for puppies less than three months before they have been appropriately trained.

In adult dogs, inappropriate elimination can result from anxiety or a lack of proper training. Some dogs urinate in certain areas to mark territory.

Like you would do with all other behaviors, focus on training your dog to know where it needs to go to urinate or defecate. Watch the dog so that you know the signs that it wants a toilet break. Take the dog out to the spot where you want it to urinate or defecate after meals until it associates that spot with elimination.

Suppose an older dog suddenly starts defecating or urinating in the house. In that case, there may be a medical problem for which you should see a vet.

Dogsintl.com a site about all things about dogs.

Our mission is to create a better world for dogs and their owners.

We do this by bringing you the very best dog-care resources so that you can better care for your four-legged friends. After all, we truly believe that man’s best friends deserve the best treatment!